The art lecturer’s current special interest is human epidermal layers and how to render its tender cellular structure in marble. A few slabs are flown in from Carrara every year to indulge this famous artist whose work seems perennially and fashionably contemporary: in the sixties he was into projections of optical illusions, inspired by the work of Mark Boyle and Joan Hills (art critics like to speculate that this was the wellspring of his later obsession with marble, and skin); in the seventies, filmmaker Sydney Lumet inspired him to incorporate the darker grit of his largely unexplored imagination.

(The seventies were not kind to him.)

In the eighties he moved to Japan and produced a single piece; a rumoured masterpiece that has never been seen or photographed.

In 1992 he joined the fine arts faculty of this remote campus and started to work exclusively in marble.

Images and ideas came too easily to this artist, demanding little thought or processing time. Unfortunately he possessed a workman-like skill to realistically render anything – leaving his finished works largely empty of meaning. This fact doesn’t seem to bother the critics and art theorists who love to hate the ease with which he creates.

What the artist thinks about, and writes about, in the small dark grey notebooks he orders in packs of fifty from a bespoke stationery store in Belfast, no-one will ever know.

The American School of Classical Studies at Athens.

On the pages of his notebooks he muses over the geological processes that create marble. Detailed drawings scuttle across the virgin pages, conjuring up sea organisms whose shells – once they’ve died and fully dehydrated – leave behind the calcite-rich deposits that eventually form limestone.

The centre page of his second notebook shows the burden of rock, millions of tons of rock, pressing down on fragile, bleached fragments.  Under sustained pressure,  hundreds of minutely scratched graphite lines metamorphose into a hole – worked through the page – revealing a strip of pure white marble underneath.

These pages are the artist’s life’s work; this is where meaning is revealed; for his eyes only.

His fifteen students casually refer to his peculiar ‘skinterest’ when talking among themselves; of how cold the tips of his fingers feel whenever he strokes an upper arm, thigh or collarbone to enlighten them.

When the first rumours of his arrest begin to percolate through the department, they assume a crime of a sexual nature has been committed (a not-too-uncommon occurrence on their campus) but quickly agree that the famous sculptor is as cold-blooded as his favoured material, and declare him not guilty.

Image of the Day:

“What might look like snow cover on the rugged mountains is actually bright white marble, contrasting with Tuscany’s lush green vegetation in this summertime shot.”

A young woman, jogging in the early morning with her camera slung around her neck  (vintage SLR Pentax), discovers the scene. At first glance the park below her seems decorated with what looks like an installation of sleeping people. The area is known for that kind of thing – she once jogged past 1000 porcelain toilet bowls filled with goldfish – so suspects no foul play as she stops and raises her camera lens, fixing her focus, moving from body to body. She counts fifteen, a mixture of male and female, all only wearing underwear. Their skin is covered in a white powder.  Eyes closed.

A large white van drives into the park, jerking to a halt as two men jump out.  They place fifteen black body bags in a long row on the grass next to their van, then proceed to collect the sleepers one by one, carefully placing each one into its zippered envelope.

The jogger lifts her camera to record this – what? performance? crime scene? – but finds that the shutter is stuck, forcing her to squint at the unfolding mystery on the green lawn of the park. 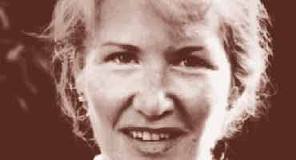 A line from Annie Dillard’s writing echoes what I strive for while stitching my new work (provisionally called “The Mysteries”) :  “Crystals grew inside rock like arithmetic flowers. They lengthened and spread, added plane to plane in an awed and perfect obedience to an absolute geometry that even stones – maybe only the stones – understood. ” 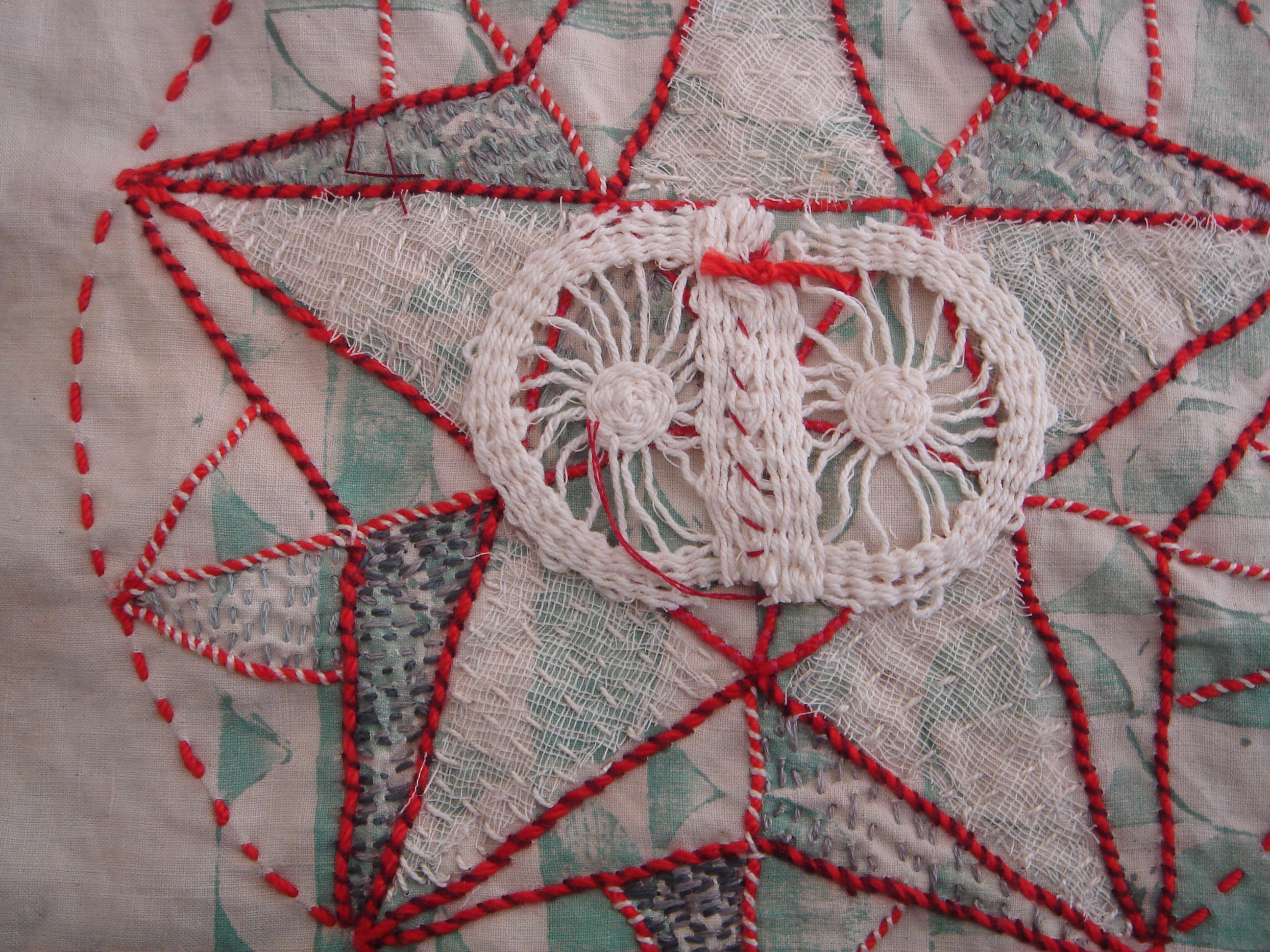 “Appealing workplaces are to be avoided,” Dillard also said, “One wants a room with no view, so imagination can meet memory in the dark.”

The last line – and sentiment – is irresistible. But surely that is what dreams are for.
I need a room with a view.

I agree on Annie Dillards’s views on the human act of witnessing: “We are here to witness the creation and abet it. We are here to notice each thing so each thing gets noticed. Together we notice not only each mountain shadow and each stone on the beach but, especially, we notice the beautiful faces and complex natures of each other. We are here to bring to consciousness the beauty and power that are around us and to praise the people who are here with us. We witness our generation and our times. We watch the weather. Otherwise, creation would be playing to an empty house.”

I was witness to an ordinary 7 o’clock evening in Muizenberg, Cape Town, today and recorded the luminous pale pink hibiscus of February, the oppressive heat brewing tomorrow’s rain clouds across the bay, the steadfast soul of aloes.
The relentless cycle of death and renewal in nature feeds me.
What feeds your creativity?
Happy creating!

What a stunning post Willemien,
Bleary eyes and time this morning wont let me linger… I have to return… I was entranced.
S