One night, Bea dreams that she enters a shop, and buys a shiny capsule for her daughters; a gift to make up for the week she had spent away from them. Her palms grow hot as she picks it up, and turning around in her bed she moves her hands from under the pillow to hold it. 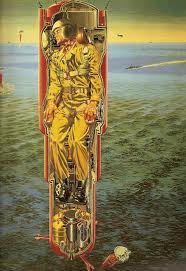 Her daughters appear; they seem to be in the kitchen, and she gives them their gift. Vanna, the oldest, slides it open. A fleshy, oblong shape emerges.

“It’s a girl!” Lily exclaims. “A real, live girl!” Vanna confirms. Together they watch as she slowly unfolds her limbs, which were hinged and bent to fit into the small space. Once free, the girl starts to dance. Vanna and Lily croon in delight. “Can we keep her? Please, Mom, please?”

The foldaway girl stops mid-dance and slowly turns towards Bea. Before she can open her mouth to answer, the girl holds a finger to her lips, and starts to fold herself back into the capsule, limb by supple limb, never breaking eye contact. 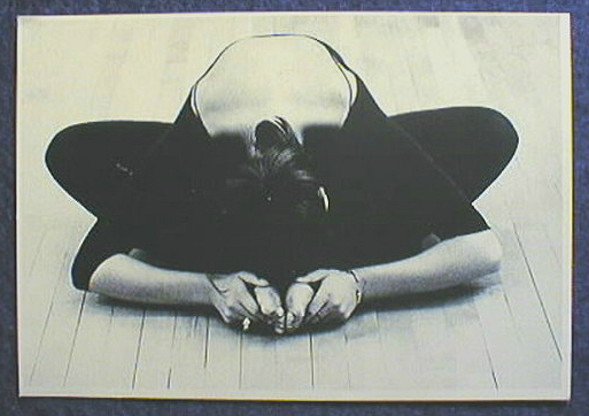 My favourite time capsule of all time

Vanna and Lily run into the room and jump onto her bed. Bea keeps her eyes closed, trying to hold onto the dream of the foldaway girl. But like a strong wind shifting and rearranging patterns on a sand dune, it frays into fragile fragments – a pair of dark, solemn eyes, a sound like a suitcase snapping shut, a pale hand of a child. Useless strands. She feels her heart beating against the damp fabric of her T-shirt.

“Mom, Mom! We forgot to open our present last night! Lily found it on the couch, can we open it now?” 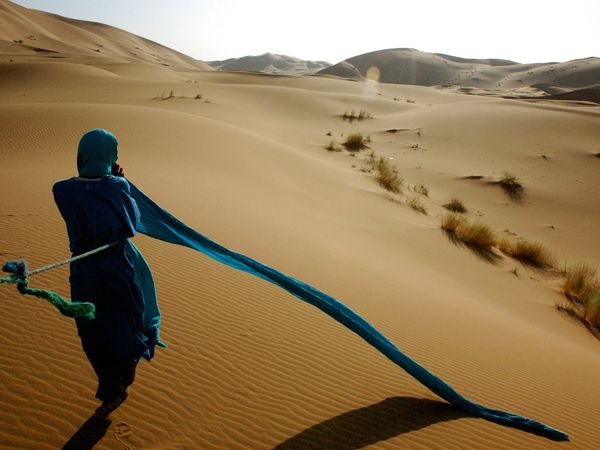 Sighing, Bea opens her eyes and smiles at her children. The dream is gone.

“Of course, yes,” she says. “Open it. I can’t imagine what we will find inside.”

I like the idea that the future doesn’t exist. It was such a relief when I finally got it: time is nothing more than a series of now-dots, hopping along one dot at a time. And attempting to connect the dots isn’t necessarily going to get you anywhere fast(er).

My right-now-dot is preparing new work for an upcoming show in October, the Art in Clay exhibition at the is art @lqf  gallery (is art gallery Franschhoek.) Gallery curator, Ilse Schermers, has teamed up groups of two artists; one who works in clay, and the other (me) in a different medium. I was delighted to find that my ‘collaborator’ is ceramic artist, Christina Bryer.  Her work, and work ethic, has been an inspiration for a long time. We seem to be drawn to the same, or similar, sources, something we discussed today (a few dots ago); an inspiring and hopefully ongoing discussion, something which I now realise I need more of in my creating life.

Christina arrived talking about the problem she has had for years with donkeys on her farm near Montagu, and asked my help in drafting an email, formally requesting her neighbour to shoot a particularly angry donkey – he has maimed several of her own placid donkeys over the years, forcing her to put them down. Five years’ efforts to solve the problem amicably with Angry Donkey’s owner, had failed. It was time for action. Definitely one of strangest emails I have ever written – Met hierdie brief vra ek, Christina Bryer, vir my buurman, Dries Barnard, om die donkiehings, wat reeds drie van my donkies doodgemaak het, te skiet. Hierdie is die laaste uitweg nadat… ensovoorts.

Her neighbour, understandably, wants the letter in case of problems with the local police. 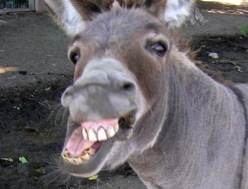 One example of Christina’s beautiful work. On her website, you’ll discover many more treasures. 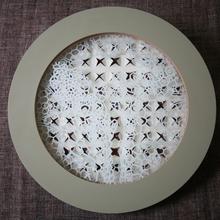 My work, especially Cut Lilies, (the top image) is (among other things) inspired by cellular patterning, increasingly that of disintegration, decay, transformation. I’m a familiar visitor to forensic crime sites on the internet, where I scour for images that illustrate the passage from life to death on a microscopic level. Not only animal life, but also those of plants, insects. My studio has become a laboratory of collapse and ruin as I record the decline of – so far – vegetable matter; the air filled with the musty smell of dust to dust, and ashes to ashes. 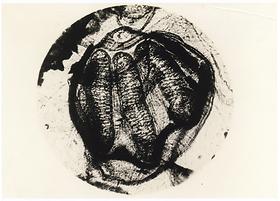 Photomicrograph of left posterior stigma of a maggot taken from remains. (1935) Beautiful. Ethiopia, 1990s. Courtesy of Stephen Ferry.
Visible Proofs: Forensic Views of the Body: Exhibition: The New Forensic Science.
This image is not beautiful, but as I type, my eyes are drawn to the open capsule of the DNA-coated surface of the white porcelain work station above. To the calm order that seems to reign in this sacred space where scientists attempt to give closure and dignity to victims of war crimes, and to their families.
The beauty I find in the repeat pattern of rib bones, vertebra, finger bones soothes me.
Back to the canvas, where the spheres I’m busy painting resemble rust, or the sebaceous glands of the eyelids of a calf.  My capsule, it seems, are full of treasures.
Happy creating!