speaking ill of the dead 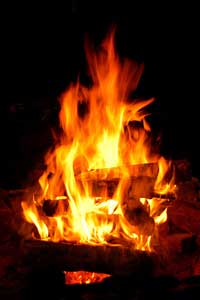 “You never did know when to stop,” Stevie adds, glaring at his sister. “He did what he had to–”

“Right there is where I differ from both of you,” Mia interrupts.

“And you’re upsetting Mom,” Stevie concludes, flipping over the grill and shouting to the others inside, “Meat’s done, let’s eat!”

As boys, Mia’s brothers arrived home from school bloodstained and muddy. There were plenty of accidents: a torn kidney, (rough scrum), a twisted neck, (flip-flop on the trampoline), a shredded face, (home-made bomb in science class). Throughout all of this, Mia’s father remained cheerful, never wavering from his position that every negative can be turned into a positive. “Just shine a little light on it, and leave it in the developing solution long enough,” he would say. (He was an avid amateur photographer.) 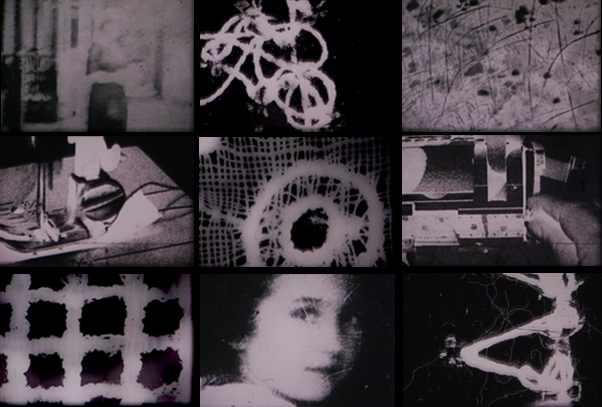 Language of Memory is a hand-processed, optically printed film composed of rayographs of Laura Kraning’s grandmother’s still negatives from the early 1900’s, strips of her old lace casting abstract patterns on high contrast film, and the overlapping gestures of sewing and splicing film, related techniques historically attributed to women. It is both homage to her grandmother’s creative influence and a deconstruction of memory through fragmentation and the accretion of associations surfacing from the tactile processes of the film’s making.

His only daughter felt disturbed by this unwavering optimism, and prefered to imagine that the hole in their dining room ceiling was made by a bullet, fired in anger, and not – as she’d been told many times by her smiling father – by woodborer beetle. 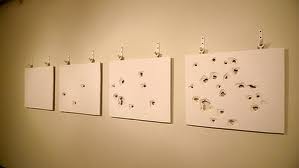 When teenager Neill smashed their father’s car through the outside wall of their living room, her father’s only comment was that he had been planning to install double French doors all along, exactly where the car had ploughed through. “Saved us a lot of money,” he chortled, “Job’s half done!” A paved patio was added. Her mother strung a row of red, blue, and yellow lights around its frame, and declared the project a huge success. 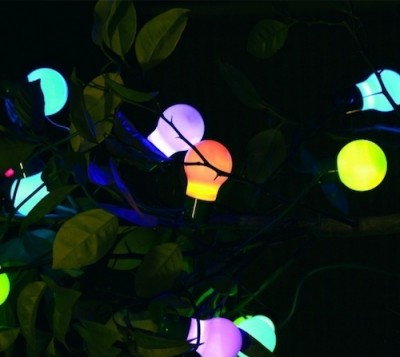 One morning, when Mia was about six, or seven, her father drove right past her school, and eventually into the basement parking of his workplace, before either one of them realised his mistake. He settled his daughter in the reception area, with pencils and a large stack of paper, from where she managed to catch an occasional glimpse of him through the open door of his office. Several framed photographs were hanging on the walls of the reception area and the passages. They were mostly of various aircraft, a few boats and other armoured vehicles. In one of them, her father stood next to a large, camouflaged tank. He was smiling proudly; a smile she recognised from her baby photographs. 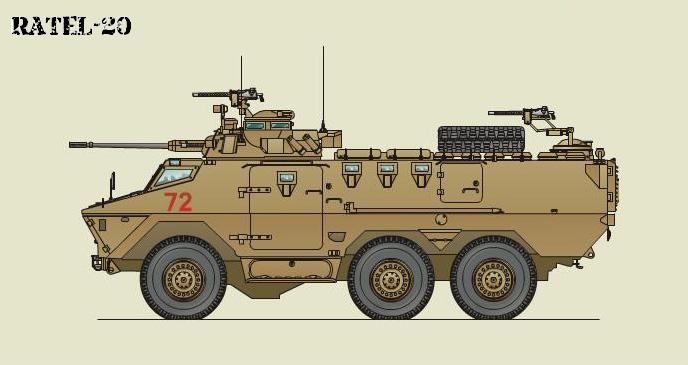 Driving home, Mia asked her father what he really did all day long.

“Well,” he replied, “You know when Mom makes clothes for you and your brothers? And she uses a pattern, which you always help cut out? It’s a bit like that. I design the pattern for those big tanks you saw in the pictures. That’s what I do. So that other men can build them.” 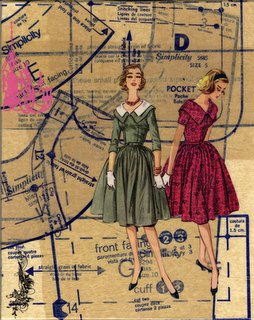 merely the moon: A History of Vintage Sewing Patterns.

He was quiet for a bit, then said, “For people to buy. For money.”

“But what for?” she repeated. “What do the people who give you the money, use those tanks for?”

Their car slowed down to a halt at a green light. The cars behind them hooted. While waiting for his answer – which never came – Mia looked at the bronze statues of Tinkerbell and Peter Pan, standing next to the small pond in the park close to their home. Mia never spoke to her father about his work again. However, during a brief visit to Israel during 1981, she saw several burnt-out tanks abandoned in the Sinai desert. She also saw her father’s smile, shimmering on the waves of heat in the distance. 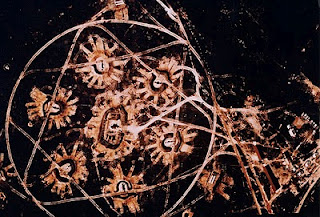 Destruction can create beauty, as the image above shows.

A visit from my youngest sister, who now lives in New Zeeland, has stirred many childhood memories, and thoughts about the nature of memory itself. Can it be trusted? Do I need to trust it? What role does it play in my art-making? (If I should develop early-onset Alzheimer’s, would my work look any different?) 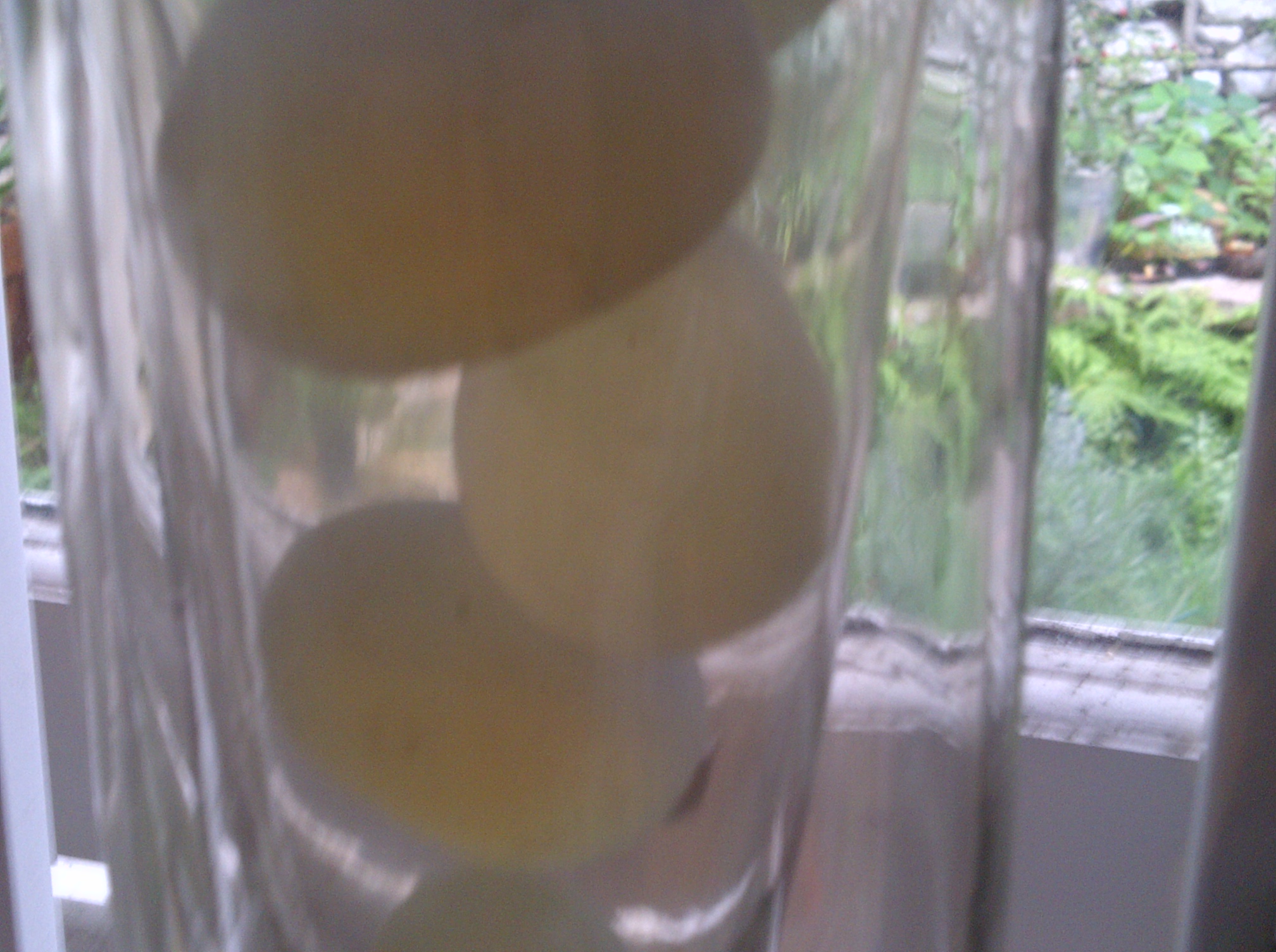 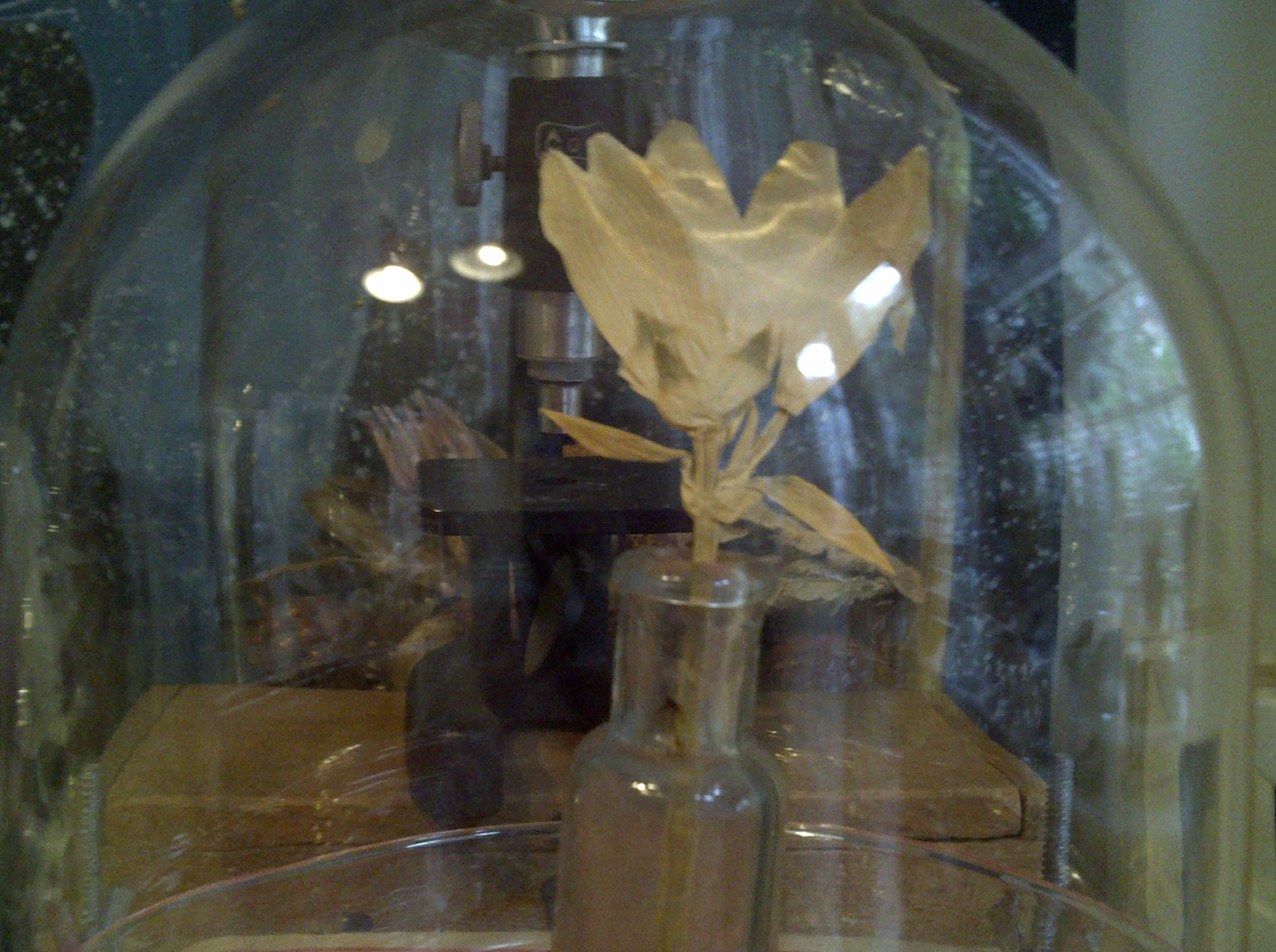 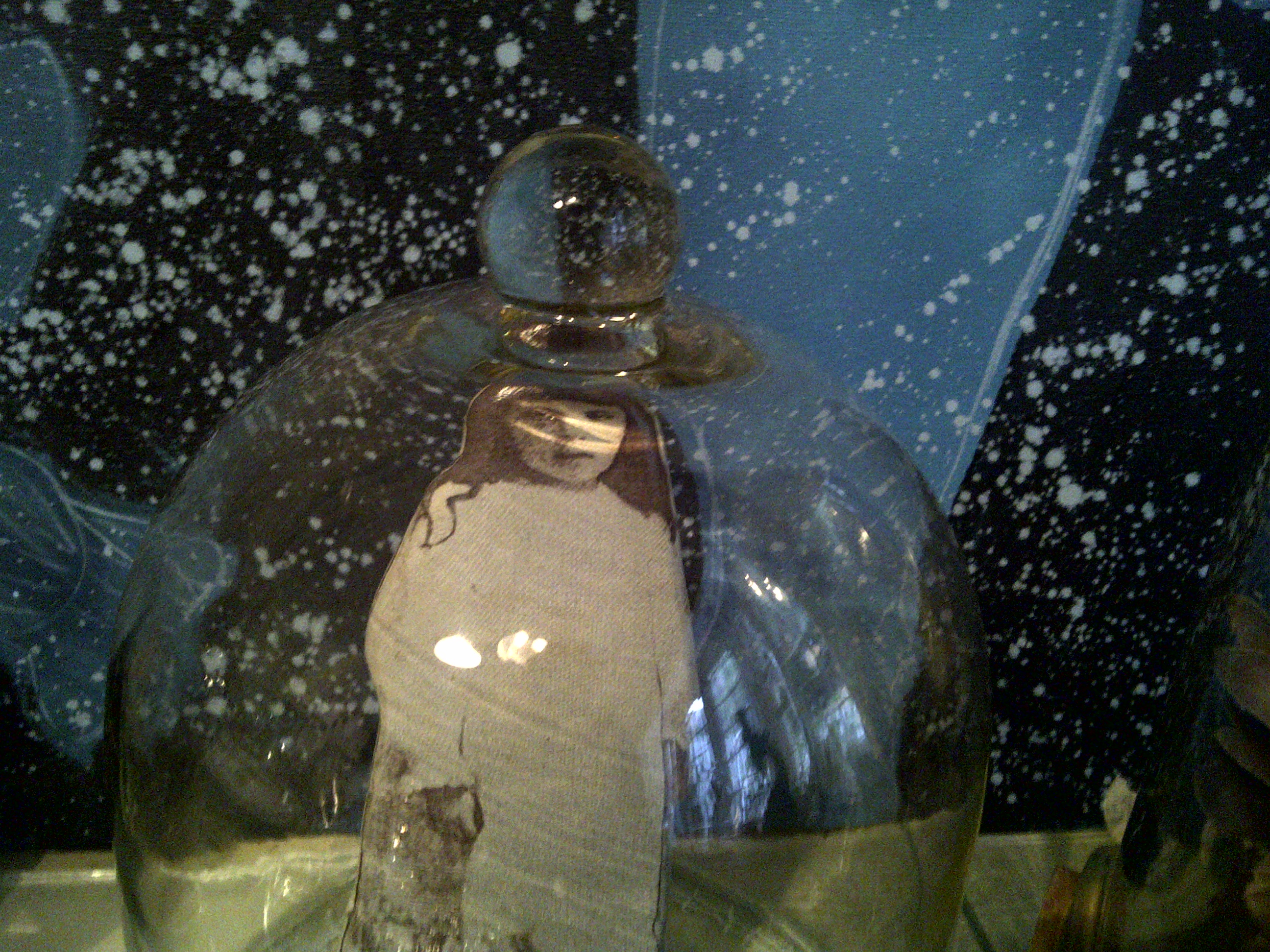 Tiny sculpture of fellow-artist Leora Lewis’ grandmother  against a splatter background of a painting in process. Serene gaze of the other. 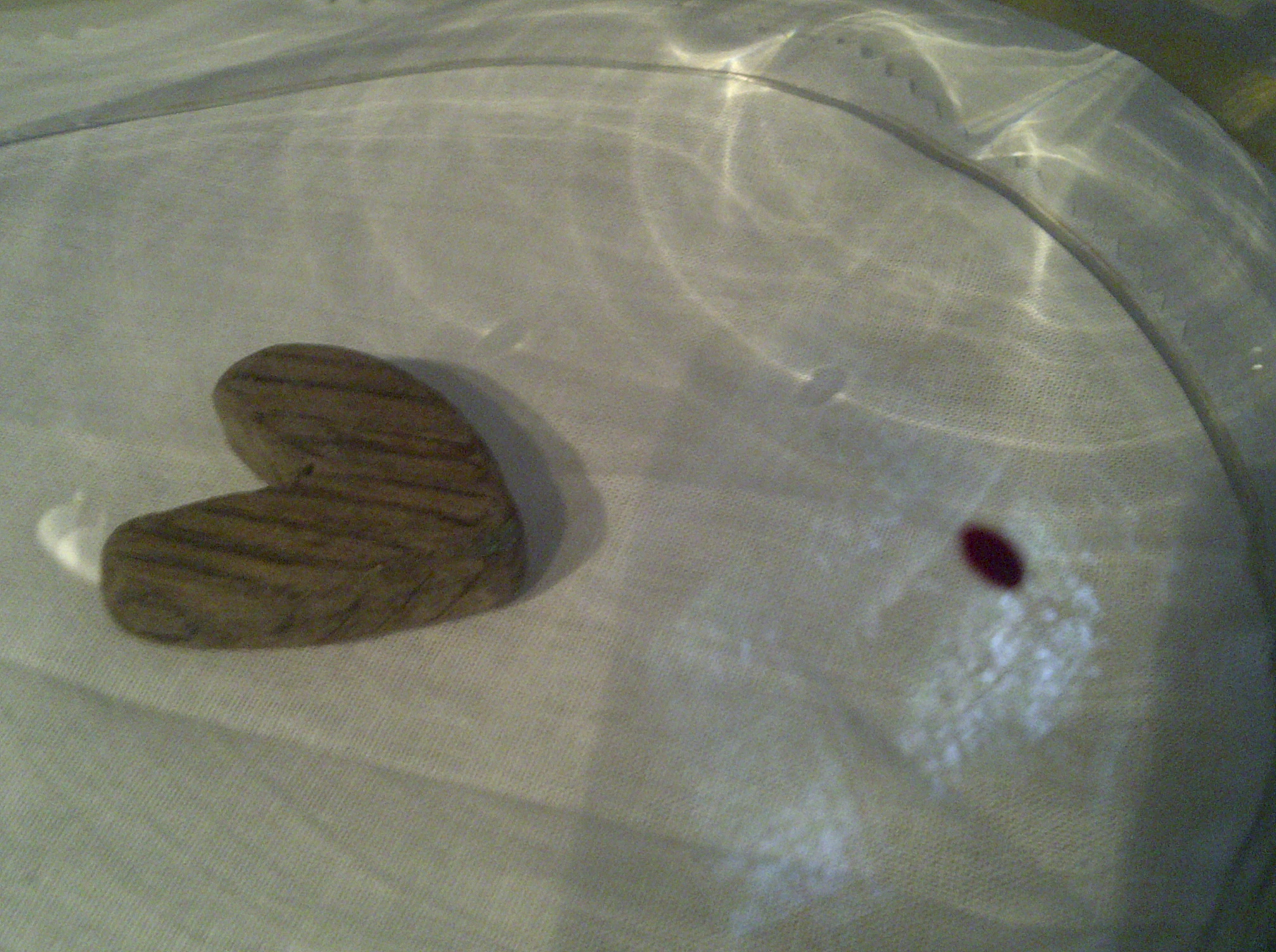 A much-used heart and a droplet of blood 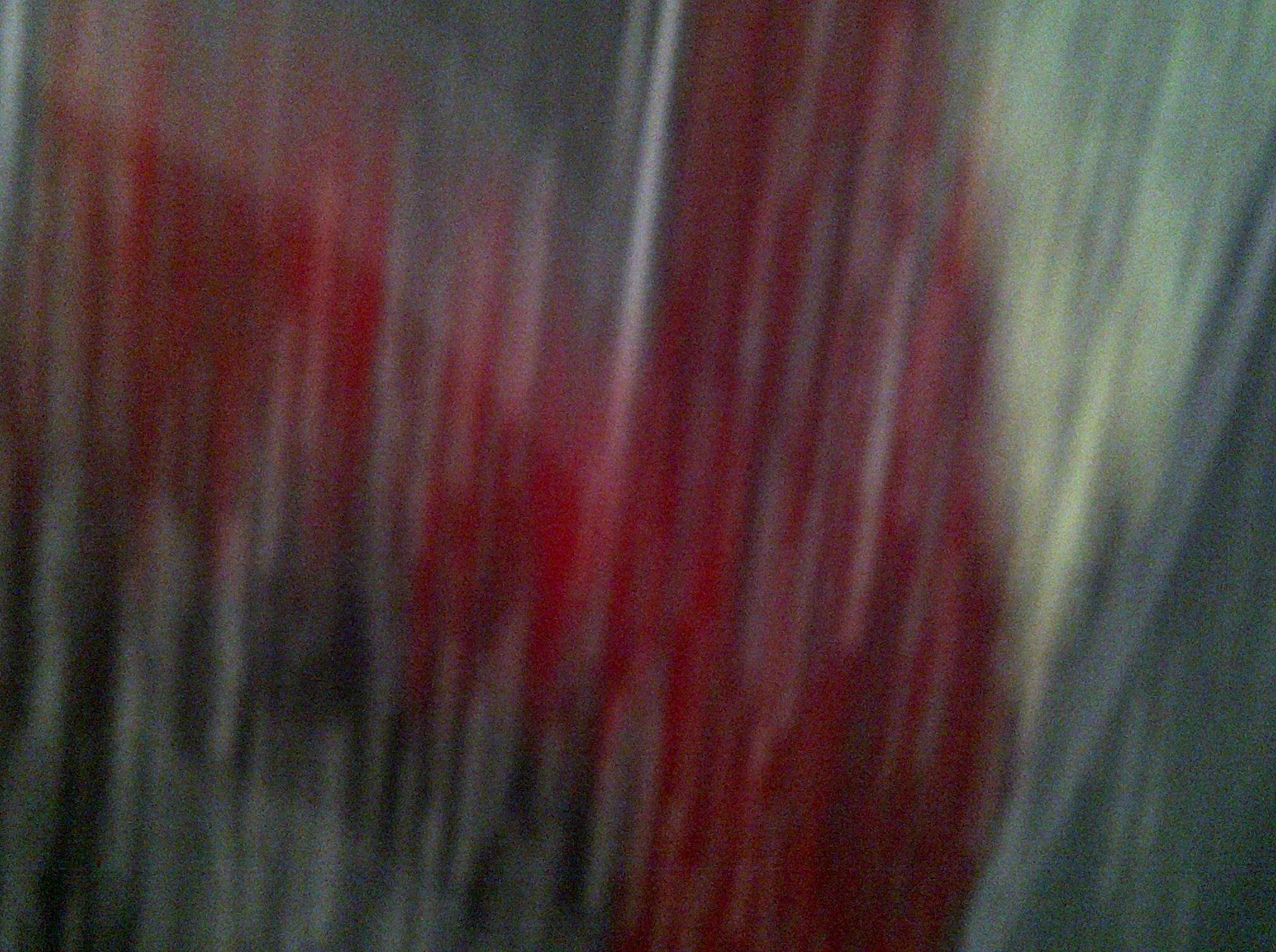 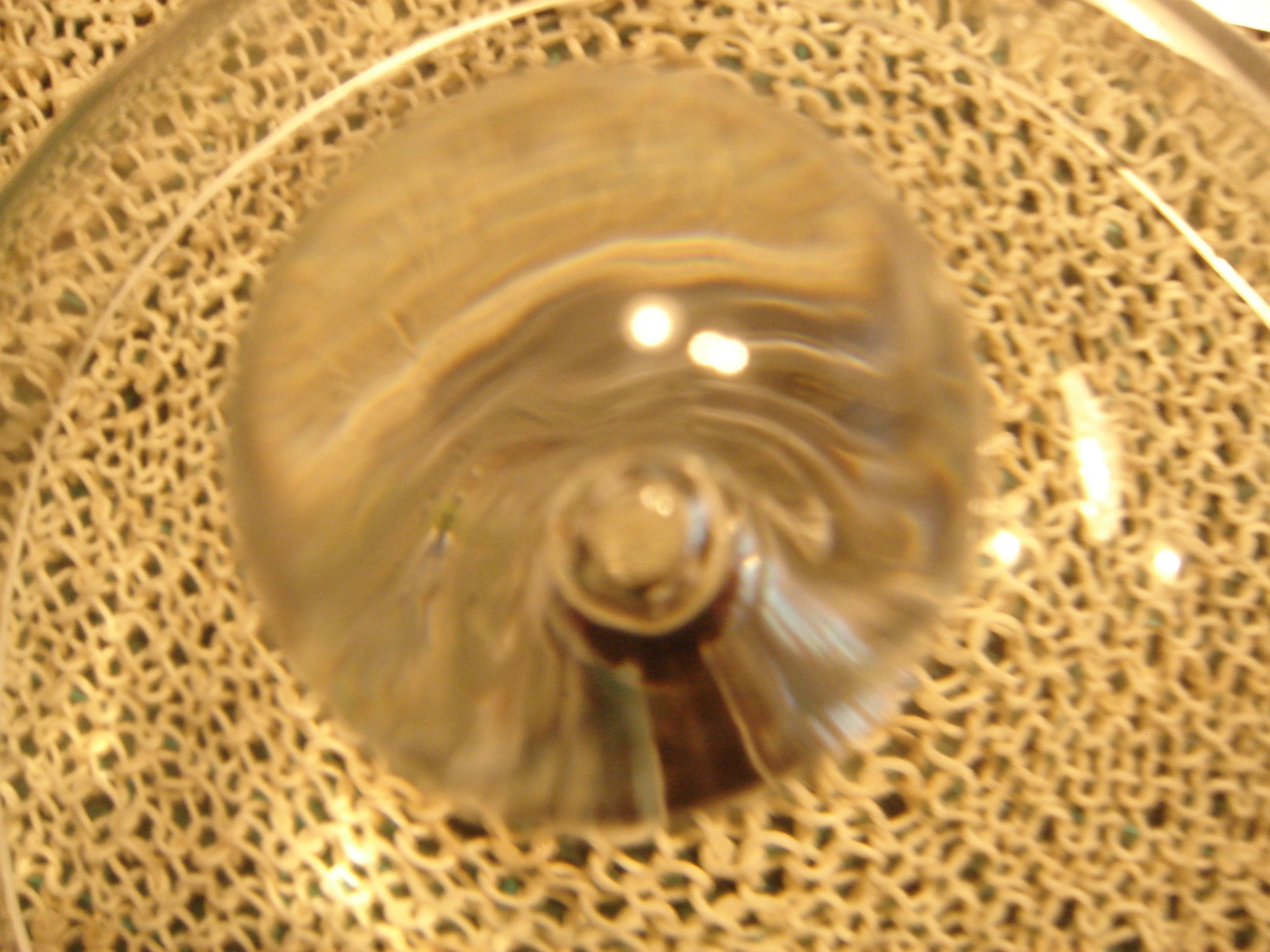 If you like writing, check out marvelous site Three Word Wednesday..